Start typing and press
Enter to search
Skip to content

On Christmas morning I logged out of Facebook, Twitter and Instagram and boarded a plane. I was ready for a mental and physical detox. And what better place to end up at than Perumbayil Ayurvedamana, an authentic ayurveda hospital in Kerala. What followed were two weeks of complete relaxation that led me to some surprising realisations.

Real ayurveda with a bit of unexpected charm

It was not our first experience with traditional Indian medicine so we knew what to expect. However, after fully committing to hard-core Panchakarma treatments in a clinic in Thrissur for six years in a row we decided it was time for some change. We were determined to stick with Panchakarma regardless of some of its less appealing features, but I was hoping for some more comfort and charm. The previous clinic, focused solely on healing, left a lot to be desired on this front.

From the moment we arrived at what I thought was an ungodly hour of the morning (that later turned out to become our normal waking-up time for the next two weeks) I knew that we came to the right place. It had everything I missed at the previous clinic: 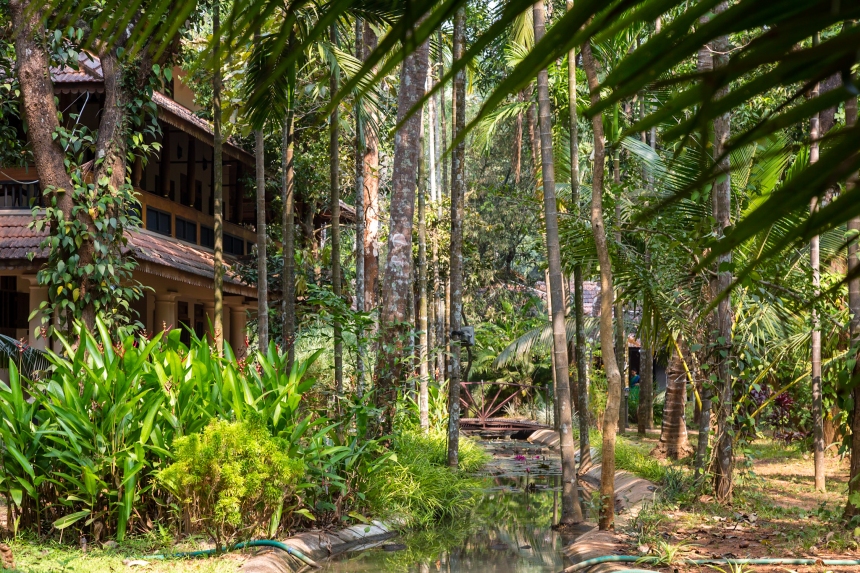 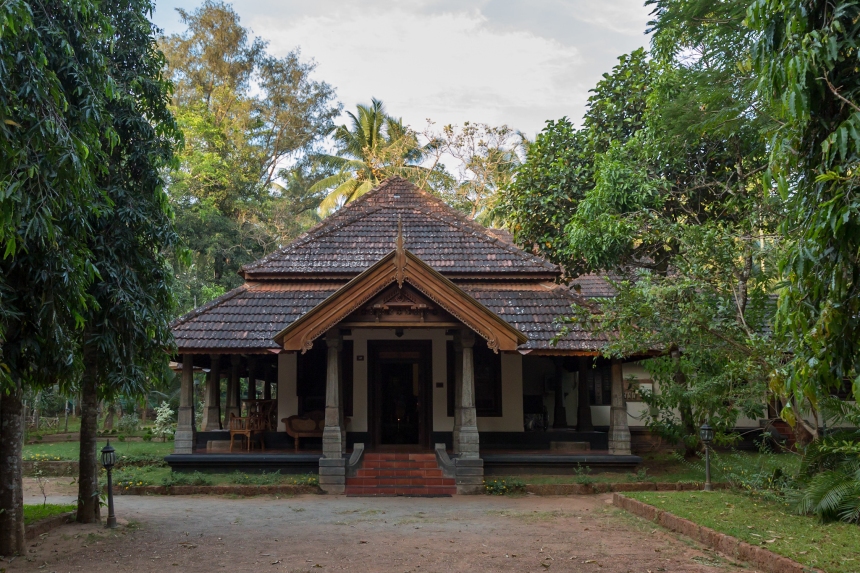 If the benefits of my physical detox didn’t show immediately, my mental detox, triggered mostly by deliberately staying offline, worked wonders from the first day on and taught me a couple of unexpected lessons:

Imagine this: I spent the New Year’s Eve without posting a single photo or status update or checking what my friends were up to. Now take a minute to let that sink in. In my normal world, this equals vanishing from the face of the Earth.

Surprisingly, I handled it pretty well. After the initial dilemma whether I should let everyone know that I am logging off for two weeks before doing it (I decided against it), I soon felt weirdly liberated. My phone was no longer the centre of my attention, I left it off for days and my urge to turn it on to check if there’s something new completely disappeared.

2. I can still focus to read a book. Or eight books in two weeks.

As there was nothing to check on my phone or tablet the distractions that sometimes made me feel l had the attention span of a dog chasing a squirrel were suddenly gone. I could spend hours on end completely engrossed in a book again, rediscovering focused reading as I knew it at my young age, or at least in the Web 1.0 era.

3. Mindlessly staring at the cows is the next level of relaxation

“What are you thinking about?” I asked my hubbs one afternoon sitting on our terrace staring at the holy Indian cows whiling away in the shade of the palm trees. “Nothing. You?” – “Same.” My mind was completely blank. No pressure to do something. No mental to-do lists. Not even the urge to aimlessly turn on my phone without knowing a moment later what was on it. I guess that’s the closest thing to meditation I’ll ever get to.

4. Yoga is not a competition.

Sometimes things that were supposed to relax me wind me up even more and become just another form of constant self-improvement. I approach everything as a competition with myself to push me further, endure some more, do that extra push-up.

It’s not surprising that I tackled the twice-daily yoga sessions the same way. The fact that our yoga instructor could nearly scratch his back with his toes didn’t help – it was just too much of a challenge to see how far I can stretch. His constant mantra “everyone to their own comfort” fell on my deaf ears and it was only at the end of the two-week ordeal that I could focus on breathing more than on the (in)flexibility of my body. By that time I’ve mastered the head-to-knee pose and given up on any attempts to see a white lotus with my third eye.

What remains of these lessons one month after we’ve returned home? I haven’t logged back into Facebook on my phone and Ipad and I’ve been practicing yoga every morning (still without trying to see the floating lotus). That’s all the progress I can report. On the other hand, I am back to my unfocused self and my books are waiting for next Christmas, when we return to Aurvedamana.

What others are reading